I am trying really hard not to cry. . . Really, REALLY hard!
K2 will be starting school this year. How is it possible that she is old enough for school? In no time I won't have anybody at home!
Tragic.

In keeping with trying to be a better mother this year, I needed an additional scarf to keep everyone warm.

I was thinking I wanted to do a scrappy scarf and when I started sorting through my scraps, looking for inspiration, my favorite scraps were my selvedges. And how perfect for a scarf! 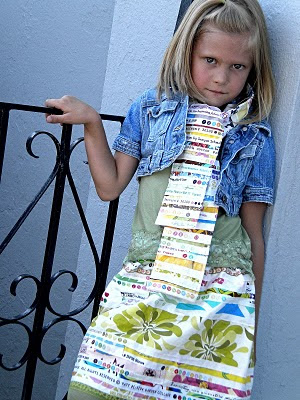 Materials needed:
muslin
LOTS and LOTS of selvedges! I was suprised at how many I used for a kid-sized scarf!

Cut your muslin about 9 inches wide by the length of fabric (about 40+ inches). If you want to make an adult version, you can add a little more length.
Start at one end and sew one strip of selvedge onto the muslin along the top of the actual selvedge. The bottom of the selvedge should be just below the selvedge of the muslin. Make another stitch at the top of strip of fabric, as shown in the picture: 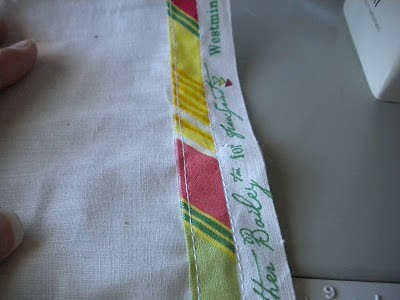 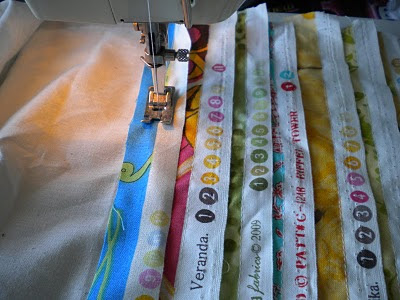 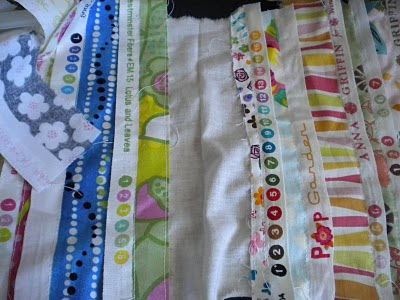 Now take two selvedge strips, and with wrong sides together, stitch across the top of the two strips. It should look like this when it is unfolded: 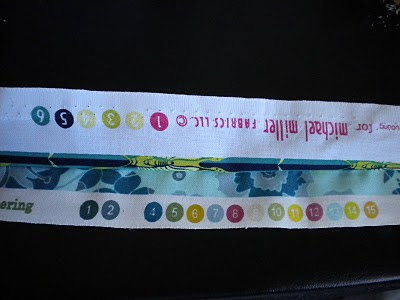 Attach to the middle of your scarf by topstitching along the middle and then again at the top of the selvedge portion.
Trim the scarf along the two long sides. 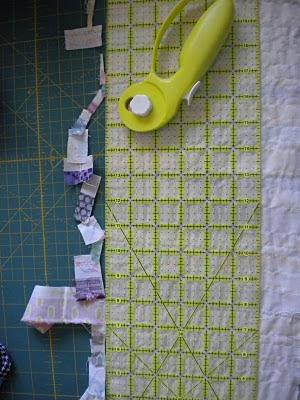 Fold the scarf in half, lengthwise, with right sides together and press. 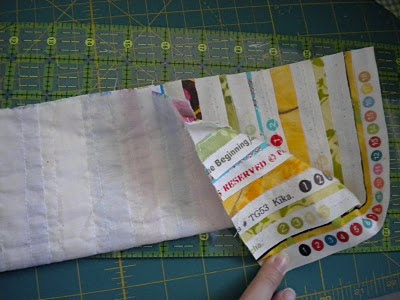 Stitch along the long side. 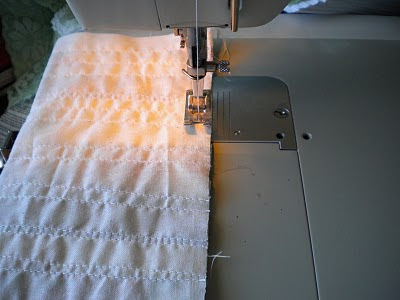 Turn right side out. Topstitch along the two long sides and across the bottom selvedges on both ends. To keep all your little selvedge 'flaps' from crinkling, start in the middle of the scarf and go down to one end, then return to the middle and go down the other direction. 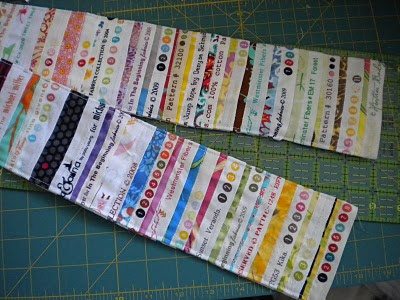 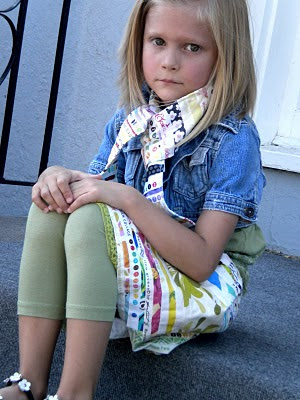 That is so creative! How clever.

Who makes stuff out of selvedges and makes it look cute??? YOU do! Awesome!

Such a cute idea-useing those fabric salvages! LOVE this--I may have to borrow your idea and make one for myself! :o)
Is that the right word-salvage? hahaha I'm a newby at sewin'....
natalie

What a great way to use scraps. So clever. I love it. I gotta show this one to my friend who sews for a living. She had bolts and bolts of fabric. I know she will wnat to make one of these scarves. Thanks for the inspiration.

My goodness. That's a work of art.

I'm linking back to you at my Inspired blog party. This is truly inspiring.

(And the little one is adorable.)

Now I know what I've been saving my selvedges for! Awesome!

Adorable!! What a fabulous idea!